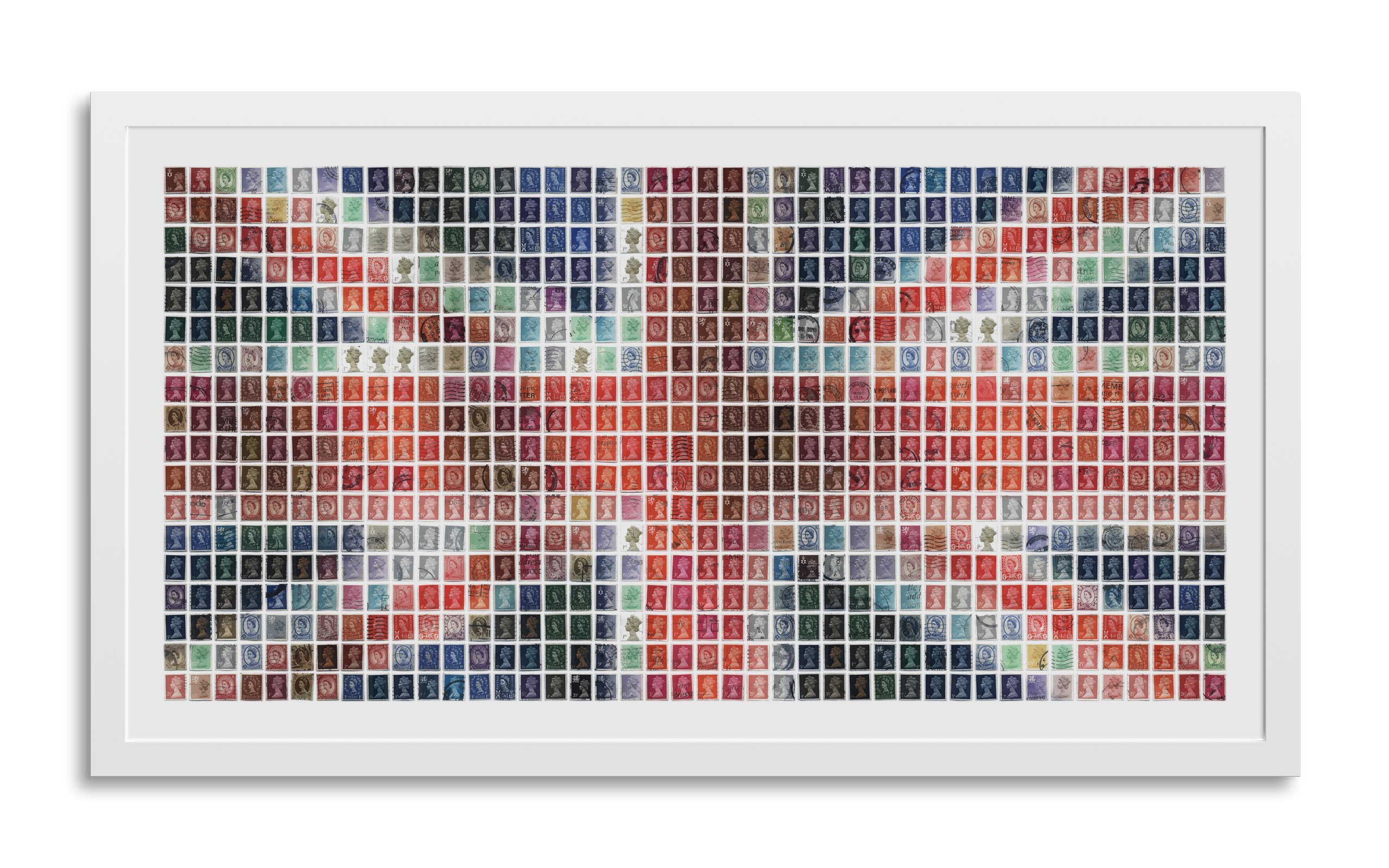 (or philately will get you everywhere.)

After 5 tumultuous years since Huge Jack was released, from the vote of Scotland leaving the United Kingdom to the vote on leaving the European Union, I?ve rearranged the Union Jack flag as if it was waving defiantly in the wind. Completely made from various stamps collected throughout the United Kingdom featuring all major counties and cities, from the coronation of Queen Elizabeth II to her Diamond Jubilee.