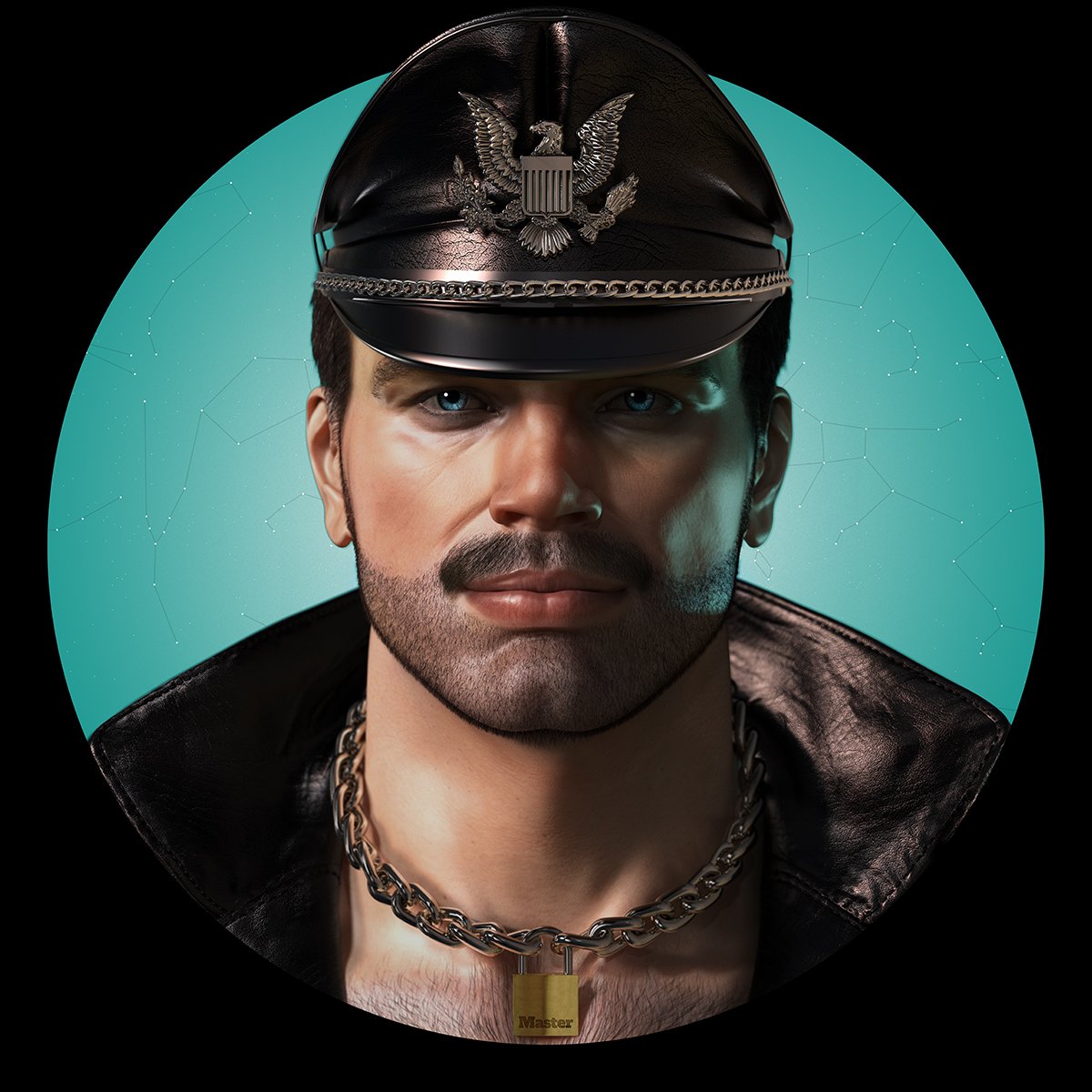 This statement piece is an homage to Touko Laaksonen aka ?Tom of Finland?. Touko was known for his stylized highly masculinized homoerotic fetish art, and his influence on late twentieth century gay culture. He has been called the ?most influential creator of gay pornographic images? by cultural historian Joseph W. Slade.

The artwork is based upon a selection of Tom of Finland?s illustration, wearing the iconic ?uniform? of a clone. The black leather jacket, black cap and chains.

This piece measures 72.5cm by 72.5cm and is finished with Swarovski Crystals that mark out the constellations they would have appeared the night that Touko Laaksonen died. 7th November 1991.
Strictly Limited to 25 editions.

We are born from star dust and we return to star dust. The Law of Conservation of Mass states that matter cannot be created or destroyed in a closed system such as Earth?s, it can only change from one form to another. This means that human beings are created from matter, and we maintain it in one form or another.